The Rise of Personal Assistant 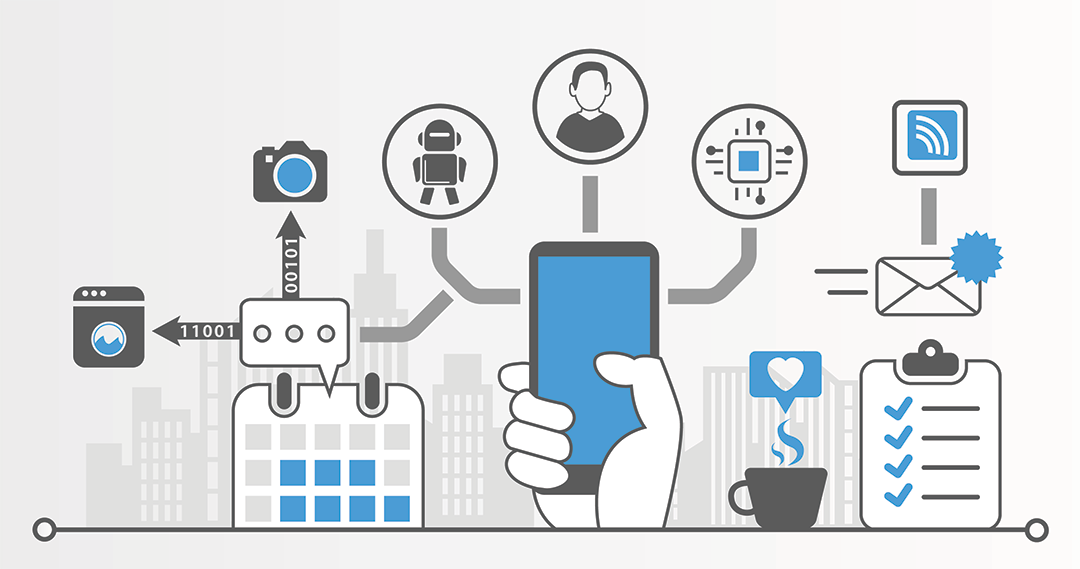 Artificial intelligence has long been an interesting technological development. The early days of science fiction works are filled with speculations about robots and computer who can think for themselves.

Nowadays, we are beginning to see a significant surge of artificial intelligence. This is especially noticeable in the consumer market. AI has long been studied and improved. It used to exist on the back-end side of things. Interestingly, the recent years saw the rise of artificially intelligent personal assistants.

What is a Personal Assistant?

Spike Jonze’s “Her” featuring Joaquin Phoenix is a smash hit film featuring an advanced AI assistant. Phoenix’s character fell in love with a smart personal assistant. We are still far from such advancement. However, it seems that we are headed towards a similar future.

Virtual assistants are popularly known as chatbots. The early forms of popular personal assistants are in the form of chatbots. Typically, it conducts conversations through a messaging program. It is designed to simulate the human textual interaction. The ability to easily recognize speech through textual input allowed early developments.

Early examples date back as far as ELIZA in 1966. Some recent versions include A.L.I.C.E and Jabberwacky. Methods of development may range from natural language processing. It may use a simple input-output response matching. Or, it may employ advanced textual analysis.

Naturally, developers and consumers began looking at a hands-free way to communicate with the AI. Speech is the most common and natural medium of communication. Thus, personal assistants which can recognize voice commands began popping up almost immediately.

Voice recognition has allowed a completely hands-free experience. It frees users from manually interacting with the personal assistant using hands. It also creates a new kind of relationship. There is a more intimate and personal interaction when speech is used.

Speech recognition has been used in computers as early as the 1990s. However, a modern example of voice assistant is Siri. Apple introduced Siri as a feature of the iPhone 4S back in 2011. Since then, IT giants like Google, Microsoft, and Amazon followed suit with their versions.

The emerging technologies in artificial intelligence, speech recognition, natural language processing, and consumer technology has led to a competitive market. Below are some of the most popular virtual assistants today.

Siri’s introduction was met with enthusiasm and excitement. A report by Fortune estimates that more than half or 54% of users in the United States and the United Kingdom use Siri.

Siri has then become a staple of any iPhone. The homegrown personal assistant has been a favorite even by non-Apple users. Apple announced Home Pod this year. This is in competition with similar devices such as Google Home and Amazon Echo. In recent years, the secretive nature of Siri’s development became its weakness. Google Assistant has eclipsed Siri’s performance. Apple’s flagship virtual assistant can only answer 62.2% of the questions. On the other hand, Google Assistant tops the race with 90.6% accuracy.

Apple is now beginning to adopt a more open-source style of development. They’ve begun sharing their AI research to a larger development community.

Google Assistant, or Google Now on most Android devices, is one of the most effective personal assistants yet. The assistant is an enhanced version of Google Now. It can engage in two-way conversation. It initially debuted as part of Google’s messaging app, Allo, and Google Home.

Google Assistant was deployed on most Android devices early in 2017. This includes third-party smartphones. Additionally, any devices running Android can take advantage of this technology. Smartwatch, smart home devices, and car devices. It can answer 68.1% of questions from the user which outperforms Apple’s mere 21.7%.

However, people began to raise privacy concerns due to its pervasive nature. Google admitted that its new Google Home Mini “eavesdrops” even when the wake word “OK Google” was not used. Ads related to conversations near Google Home Mini began popping up on the users’ browser. Google has addressed and fixed this issue. But, it still worry people.

Amazon Alexa is rapidly catching up to its older counterparts. It mainly exists as a voice-activated assistant. You can find Alexa on Amazon Echo, Echo Dot, Amazon Tap, and Fire TV boxes. Amazon is slowly developing Alexa for other devices as well such as alarm clocks, etc.

Alexa can stream music and read news from multiple sources. It provides traffic, weather, and even controls other smart home devices. Users can even purchase items in Amazon Prime by talking to Alexa.

One concern is Alexa’s lack of good mobile integration. Additionally, it is limited to most Amazon goods and services. However, Amazon is now looking at devices such as Huawei phones, Ford cars, and LG appliances.

Cortana is Microsoft’s version of a personal assistant. It takes a different approach from most of the assistants in this list. It lives in the Windows 10 operating system. Users can communicate using text and voice. Android, iOS, and Windows phones can also have Cortana with limited function.

Microsoft Bot Framework was then released. It allows the creation of virtual assistants which developers can deploy on different platforms. Slack, Skype, SMS, Telegram, and WeChat are some platforms which use a version of the AI.

A good example is the Domino’s bot which can take orders. It can even integrate with desktop applications like Microsoft Office. Cortana aims to be the super brain of other bots across the internet.

Samsung Bixby is relatively late to the party.The company’s phones have used Google Now for years. However, Bixby is the flagship personal assistant in the company’s Galaxy S8 smartphone. It claims to be a better mobile assistant.

Bixby works in context with other apps. It means you can use voice to control specific functions of the apps. It is still relatively young. But, Samsung has a big future for Bixby. They are aiming to integrate it in their smart TVs, home electronics, and devices. Bixby is competing with Alexa and Google Assistant in the smart home arena.

Virtual assistants are rapidly improving and changing. The cut-throat competition and high consumer demand make the technology an interesting field of research.

Personal assistants are steadily moving towards totally hands-free operation. It is especially significant when AI began its transition to home electronics. Developers are looking towards collecting data about tonal inflection and other factors of speech.

Google has an extensive ability to collect voice data across its platforms. It analyzes data collected which guides future updates. As such, Google Home can now recognize up to six voices. It can pull information from different accounts associated with each voice. That is a skill which in the past only humans can do.

The vocal characteristics of users are also valuable to predict their behavior. Developers are still far from accurate prediction of human emotions. However, as consumers continuously talk to virtual assistants, they contribute to the data. Developers analyze this to further improve algorithms.

Most, if not all, personal assistants can only under English. It is generally the universal language. However, it excludes markets which primarily use their local languages. Additionally, regions which do not typically use English have limited options as well.

For instance, the travel and lifestyle industry is welcoming chatbots to deal with clients. Expedia, KLM, and Kayak are now using different forms of virtual assistants. Additionally, e-commerce is also interested in hands-free online shopping. Amazon’s Echo showed a sneak peek at the future of shopping. While it is not yet running on AI, the digital concierge on the device opens a future of possibilities.

Consumers are becoming more and more welcoming of personal assistants. However, like many technologies, there are current issues concerning experts and users.

It is not a secret that personal assistants and artificial intelligence are spreading. Google Assistant, Siri, Bixby, and Cortana are all available on mobile devices. Smartphones, smartwatches, and laptops come with various versions of personal assistants. This means virtual assistants are practically in your pocket all the time.

Moreover, the move to finally integrate with smart home devices opens the door of homes to AI. Amazon Echo and Google Home are just a few examples of personal assistants at home. The future improvements will make virtual assistants more accessible in different appliances.

Experts are already getting concerned about the pervasiveness of virtual assistants. Its ability to record you increases its potential to invade your privacy. Some experts already discovered flaws in Google Assistant’s design. This allows devices to continuously listen without the voice command.

Most virtual assistants require an Internet connection to work properly. It sends your commands to its servers and waits for an appropriate response. This concerns security experts. The data from the users become vulnerable especially when it is not encrypted. Moreover, having smart home appliances allows personal assistants to collect personal information. It includes schedules, conversations, finance, and even behavior. Any hacker can access such information. They can take advantage of any vulnerabilities. Experts are seeing this as a security nightmare waiting to happen.

The arrival of personal or virtual assistants is the window of our future. It brings innovation and new concerns at the same time. However, as demands continue to rise, personal assistants and artificial intelligence are inevitable. It is up to us on how to face the trends and issues of the future. 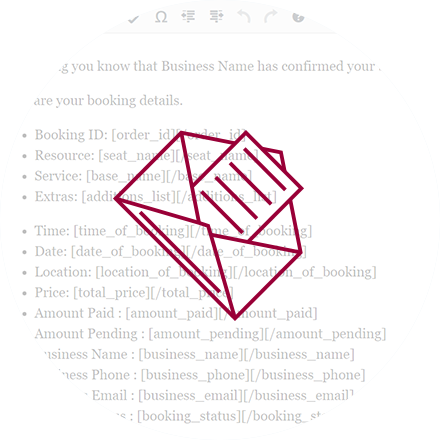 Stay up to date with our latest news and developments

We hate spam as much as you, so will only email when we have something important to tell you.

You have Successfully Subscribed!

Share This
We use cookies to ensure that we give you the best experience on our website. If you continue to use this site we will assume that you are happy with it.OkRead more